This is the area where you should find the answers to your questions... 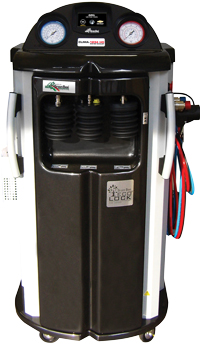 What exactly is Air Conditioning ?

Air Conditioning is a system of heating and cooling a gas into a liquid and back again – this process happens in a constant cycle the moment your AC system is activated after pressing the button.

More detailed explanations of this process and one or two videos can be found elsewhere on this site which illustrate this process more clearly.

What kinds of temperatures should i expect from a working system ?

On most modern vehicles, temperatures usually go down to 16 degrees Celsius and sometimes even colder.

In order to test this correctly a temperature probe is inserted into the air vents for one minute and this will show the correct temperature of your present system.

Is there only one kind of Air Conditioning ?

In vehicles there is only one actual system in theory but as for different gases used, there are currently three system in operation around the world legally since it’s inception way back in 0000.

The first was R12, which is banned in most countries around the world due to the high CFC’s it gives out and the length of time it will take for these harmful carbons to exit our atmosphere altogether.

The second is R134a which was completely replaced on every vehicle made around the world by law in 2017 although vehicles have been produced one or two years earlier awaiting delivery or sale to the customer so there coudl be one or two examples around with plates of up to 2019 on them.

There is a horrible from the air vents - what should i do ?

It is very likely that your system has a problem or has not been serviced in a long time and that harmful bacteria is now circulating in your vehicle especially when the AC is activated.

Your vehicle should be serviced firstly with an anti-bacterial flush first, then re-gassed with new refrigerant and for good measure we can add a fragrance into your vehicle of various scents which will give off the nice smell each time your AC is activated.